Outsourcing for fun and profit 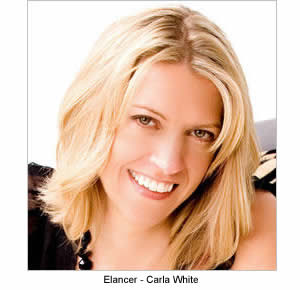 Developer Ethan Nicholas quit his day job after his iPhone game iShoot became an overnight smash hit. But what if you have a great idea for a high-tech application, but no computer skills? Enter ELance.

ELance is a marketplace of tech professionals who take on contract jobs or projects. It is a great place for supplemental, or even full-time income for programmers. But for non-programmers, it is an outsourcing botana platter.

Carla White relates her success story in developing an iPhone application, like Nicholas. Except she did not program it. She outsourced it on ELance. Internet-based resource meeting places like ELance put big business concepts like outsourcing at the fingertips of your average Joe, a trend started by Kinko's (now FedEx Office) two decades ago. Moore's Law predicted ever-more powerful computers for less money each year, a fact which has democratized technology for both small businesses and individuals. The same is true with business processes, including outsourcing.

Nicholas Carr wrote a white paper for Harvard Business Review a few years back (now a book), in which he suggested that companies could no longer count technology- even proprietary technology- as a competitive advantage, because can and will be copied and improved upon by rivals. What matter more, he suggest, is ideas.

Actually making outsourcing work for you may be harder than ELance's blog suggests. There is still the considerable problem of managing the project, so that you get what you wanted. Information technology (IT) projects are notorious for running over time and budget, and not devliering what the users want in the end (read: Windows Vista). But if you can pull it off, ELance could be a perfect way to get your application built without having to spend months or years schooling up on programming.

Ironically, MIT professor and Web tech icon Philip Greenspun wrote that what is hard about developing Web-based applications is not mastering the technology involved, but coming up with an idea worth building.

So it is with all businesses, and all art, for that matter.
Posted by Curtis Wayne at 12:10 PM